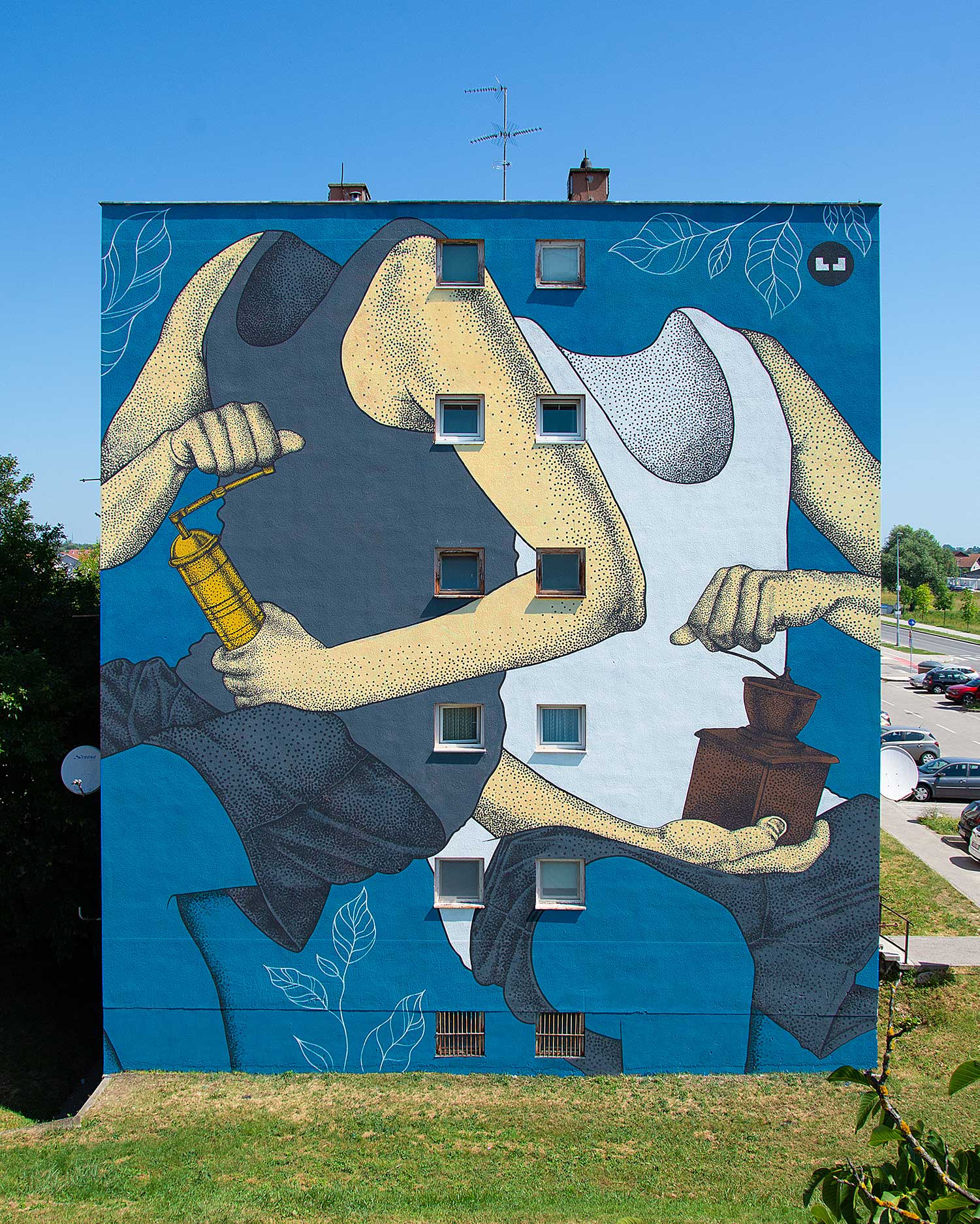 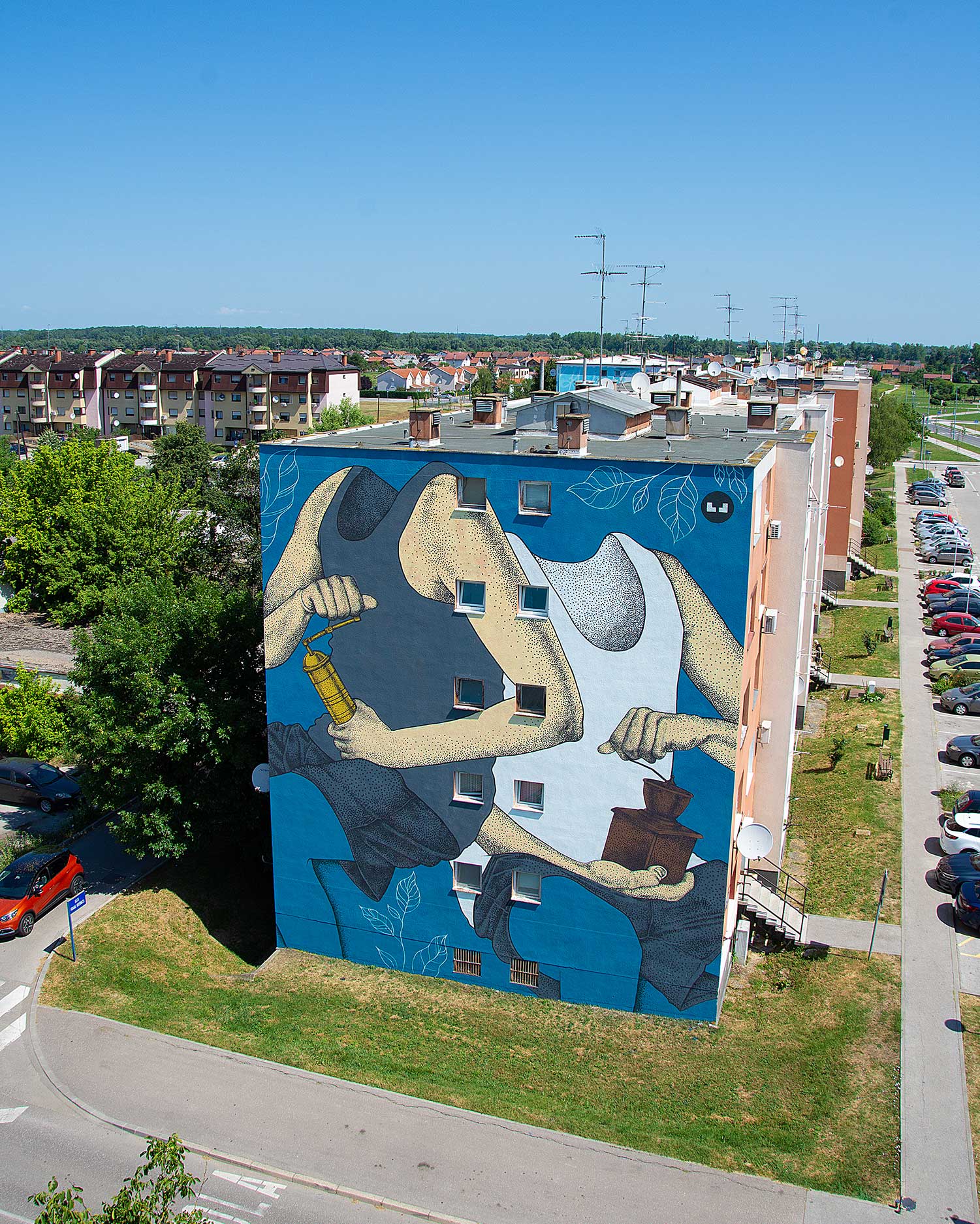 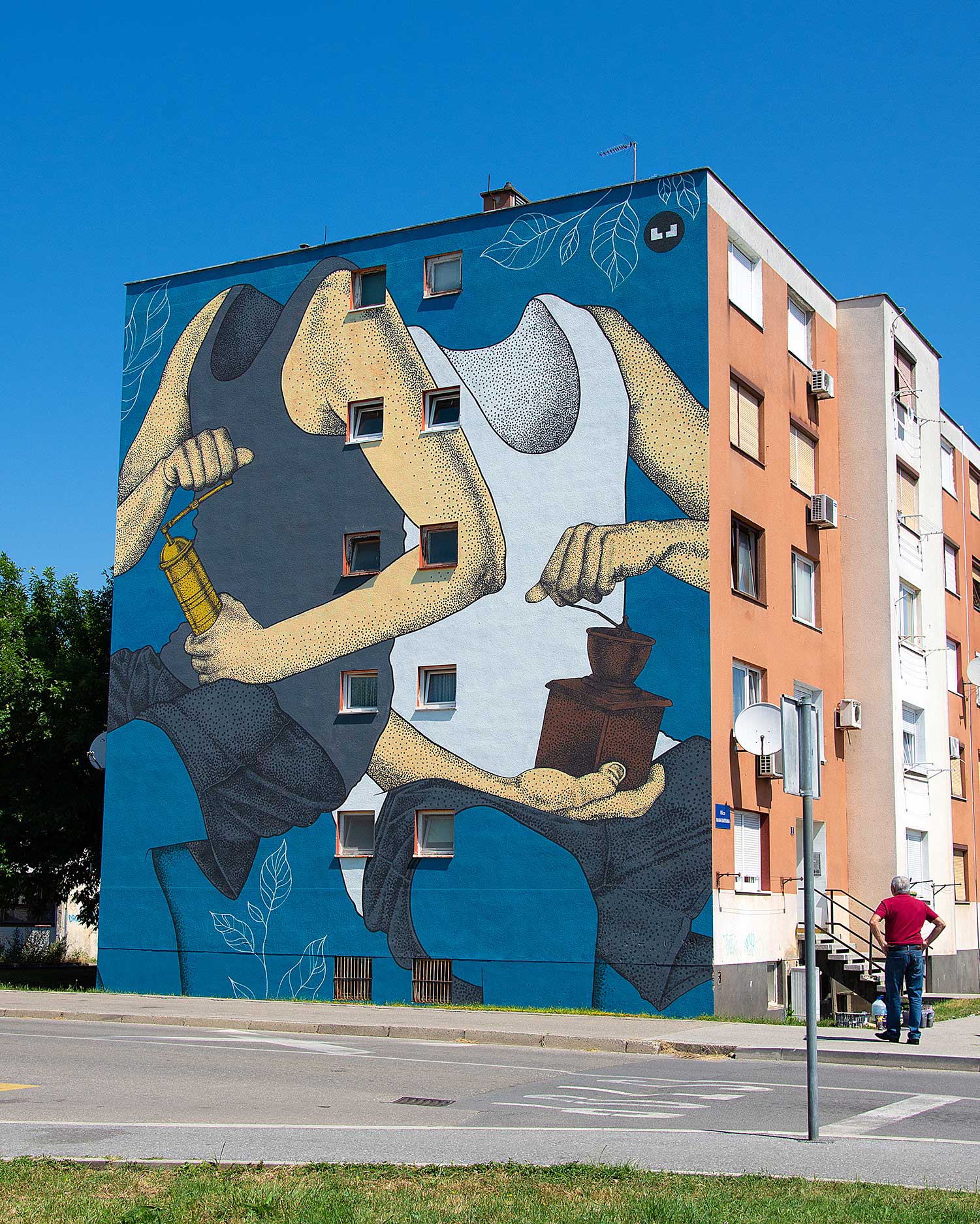 Isto pričamo, drugačije nazivamo, the largest wall I did so far for ReThink Festival in Sisak, Croatia.

Before I go into the analysis. In Balkan culture, we use the word “mljeti” or “melje” which is translated to “grind” or “grinding” to describe a situation when someone is intensively talking. These drawn figures are grinding / talking.

Depicted are two male figures. Drawn without their heads, grinding a grinder. The idea was that: it is about two parallel stories or sides… which are sometimes different, but actually very similar, sometimes the same. Two headless figures grinding each on it’s own side, yet saying the same thing. This is where the dilemma comes in. If they are really and truly not the same or equal, then their “back to back” relationship is understandable. But if they are the same and tell the same story, then we should treat them as such. Same and equal. It is up to the observer to choose which of the two paths to take. Which of the offered options to choose. And really, everyone chooses for themselves based on their own preferences. This is exactly my understanding of the general purpose of art. That it works. It encourages. I gave my position mostly in the title “We talk the same, we call it differently”. I prefer that less egotistical side. That’s my option. For love. It again creates a dark scene. Love can be shown more beautifully. Why so dramatic and opposite? Because it is criticism. A manipulative attempt to control the behavior of the observer and his ego, a test of the understanding of symbols as the basic communication tool of this work and a fight for the common good. We are all equal, we all have good and bad sides, polarization creates benefits for those who take advantage of it. Together we are all stronger. We talk the same. We call it differently.